To this day, the vast majority of American hymnals contain her work. Some of her best known songs include “Blessed Assurance”  “Jesus Is Tenderly Calling You Home” “Praise Him, Praise Him” and “To God be the Glory”. Since some publishers were hesitant to have so many hymns by one person in their hymnals, Crosby used nearly 100 different pseudonyms during her career. 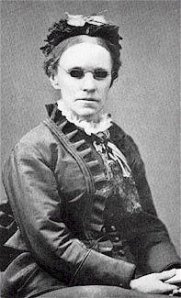